Row on row and name on name – 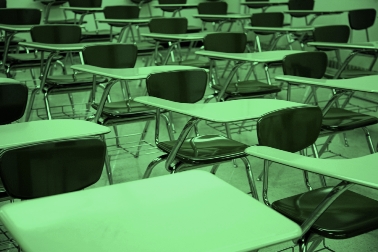 Too often the social sciences place too much emphasis on facts alone. Describe the three regions of North Carolina. Name the seven continents and four oceans. Define the three eras of human history. List the American Presidents. Explain the steps a bill takes to become a law. These facts may be deemed important for the test, but are they actually significant for life? Do not ideas and concepts trump facts and minutiae? For example, which matters more: knowing the date a war began, or knowing the causes that led to war?

As historians, we are ultimately the keepers of philosophy. We preserve the why and the wherefore for future generations. So while I earnestly hope my students have retained the required facts, I also hope they learned to be better citizens of the world.

Geography should teach more than continents, climates, and cultures. It should impart a sense of place and belonging, an understanding of where we fit in the rich tapestry of nations. Imagination should ignite some spark of interest to visit new lands, acquire a new language, meet new people, and taste new food. Even if one must be an armchair traveler with Rick Steves or Burt Wolf, don’t just hang on for the ride.

History is more than a never-ending list of people, places, and philosophies. It is a study in how man has answered those questions posed by Aristotle and Plato so many centuries ago: what is the best way to live and  how does one live that life? In understanding how man has answered these questions in the past we come to understand the present world around us. It is only by understanding the world around us that we can strive to make it better.

Ultimately, the exams I give will only test my students’ memory skills. Their lives will show what they have learned.

In working on an article about how cartoons teach history, I came across one of the first historically-themed songs I remember learning. For your enjoyment, I present “The Ballad of Magellan” as performed by the Warner Brothers (and the Warner Sister!).

The Ballad of Magellan

For best results, sing to the tune of “Git Along, Little Doggies.”

There once was a man, his name was Magellan.
A Portuguese skipper, the girls found him cute.
He sailed with five ships to find the East Indies
Then come back to Spain with a bounty of loot.

They crossed the Atlantic and spotted a country.
Magellan said…

It’s the East Indies at last!

But then someone shouted…

Magellan got cranky and chopped down the mast.

A great storm arose in the mighty Pacific.
The five little ships were diminished to three.
At last, land was sighted. Magellan was happy.
But then someone shouted…

It took them five months, but they crossed the Pacific.
They spotted a land that was dotted with palms.
Magellan proclaimed…

But then someone shouted…

They sailed due west to the Philippine Islands.
Magellan was pleased as the natives drew near.
But then someone shouted…

And got hit by a spear.

Some bloggers make excuses after a long hiatus, but I have no excuses to make. For the last three months I have been playing Skyrim and binge watching old television shows on Netflix.

I first started Running In My Head a little over a year ago as a result of the Boston Marathon bombings. I had intended to simply vent my feelings into the void of cyberspace, never anticipating that people would actually want to read what I had to say.

For the first few months, my most popular piece was a character sketch of Javert (still my favorite piece thus far). I was happy in my relative anonymity and for the few readers who found my musings worthwhile.

Then came the email from a WordPress editor: I was going to be Freshly Pressed! Which of my intellectual endeavors had made the cut? None of them. The piece featured was a comedy list based on Month Python and the Holy Grail. It’s not that I didn’t like the piece, it’s that I’m not generally funny. I can kill a joke faster than the bubonic plague swept through Europe. To have all those people seeing something that took me weeks to write and probably couldn’t duplicate stressed me.

Next came the followers. After being featured, I jumped from 15 or so followers to over 1000. I know that might seem like a large number, but many of those accounts appeared to be spam or marketing accounts. By my estimate, I have around 600 actual human followers.

Finally, reality set in. I had a blog, I had followers, and I didn’t want to lose them. From browsing the information available, I realized I had reached a wide and varied audience. What if they left negative comments? What if I offended them? What if a flame war began? What if they hit the unsubscribe button?

I determined to post with confidence and let the chips fall where they may. Easier said than done. Remember how I said I’d been avoiding the publishing button? I’ve written (or begun to write) articles on subjects like

So why didn’t I publish? I felt burned out and didn’t want the blog to be a chore or something I did for other people. I wanted to enjoy it again. Now that I’m back, I plan on following my previous schedule of one guaranteed post per week.

Thanks for sticking around.