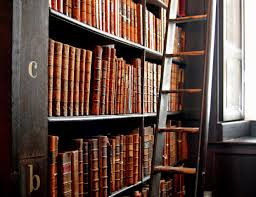 Once again I’ve neglected to review the books I’ve been reading. So, once again, I’m playing catch-up. But that’s okay – at the very least it will pad my post count for the year. In fact, that gives me an idea for the coming year – a Throwback Thursday feature reviewing any books I read in the past week. Hmm . . .

But, you came for the reviews. So, here they are:

Was America Founded as a Christian Nation? by John Fea 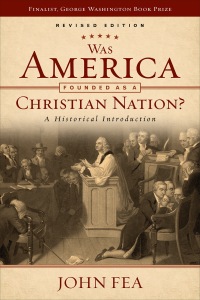 A controversial subject and title to be sure, yet Fea handles the subject with aplomb. Whereas many Americans are split into extreme “yes” or “no” camps, Fea starts with the premise “it’s complicated”. Fea examines what one might mean by “America” by “Christian” and by “Nation” as we understand it today, as it has been understood through American history, and as it might have been understood by the Founders. He then compares those ideas to both the words and deeds of the founders, comparing them to “Christian standards” of both 2017 and 1776 (give or take a few years). He asks hard questions and gives some answers, though ultimately “it’s complicated” wins the day. Our founders were neither the devout fundamentalist Christians many on the Right would have them be, nor were they the wholly the enlightened secularists many on the Left would hold up. Being men of their time and not of ours, they do not fit into our present societal molds. Fea urges us to be honest with history and with men, something to which we call all aspire. 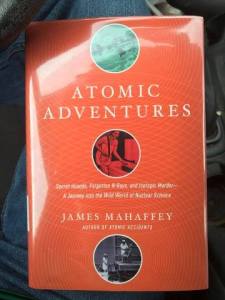 When I picked this us, I expected something along the lines of Sam Kean’s The Disappearing Spoon. Instead, Atomic Adventures is one man’s memoir of his work in the field of physics, sprinkled and mixed with stories from his colleagues and historical examples. Entertaining at times, I found the middle chapters bogged down with technical jargon and slow writing.

Mask of the Sun by John Dvorak 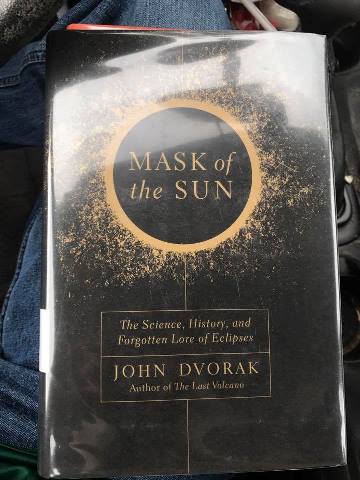 I found this book at the library just after the Great American Eclipse. It provides a wonderful overview of how eclipses have been viewed in the past (both figuratively and literally) and how they have shaped historical events, too.

The Night Before Krampus by RJ Marchese 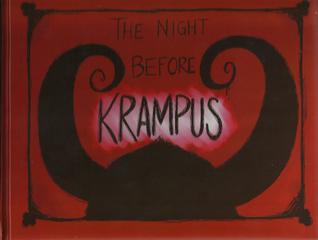 I found this book at a comic convention and purchased the book from the author himself. I love the Krampus legends. Krystal and I have discussed *if* we ever have a child, if we’ll let them believe in Santa Klaus. She’s for it and I’m against it, though I’ve tried to compromise: I’ll go along with Santa so long as I can introduce Krampus. So far, that suggestion remains both hypothetical and unsuccessful.

Anyway, the author wrote this parody of “A Visit from St. Nicholas” because he was tired of the “sickly-sweet saccharinity” of the Christmas season. Indeed, this is a fun, twisted tale of Yuletide horror.

The American Spirit by David McCullough 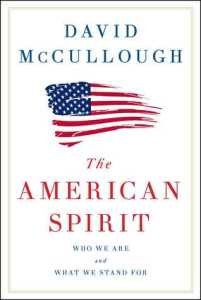 When it comes to his history books, I have mixed feelings about David McCullough. However, this short book of speeches is a power punch to the brain and heart. It stirs the emotions while setting the gears of thought into motion. Spanning almost three decades, McCullough’s speeches should be required reading in any civics course. As a civics teacher myself, I plan to work several of these into next year’s class.