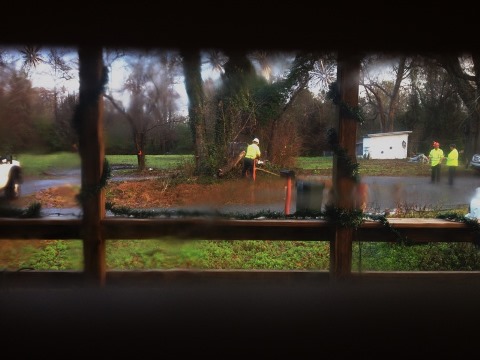 Almost a year and a half ago – has it really been that long? – I wrote about my grandmother’s house. Today, I found myself acting just like her.

She described every good meal as “a bountiful buffet”.

When asked about get-togethers, she’d often proclaim “a good time was had by all.”

If there was a birth, she’d say the new baby went home with “little brother/sister [x]”, even though said sibling was now the big sibling.

We found this one strange for a newspaper columnist.

We didn’t call her during “her shows” (i.e. soap operas) unless someone was dying, and even then . . .

She never let you win at Scrabble; if you did, it was a rare occurrence and often by single digits.

Their light was on til one in the morning.

His car was gone by seven.

She should wear more clothes when she mows the lawn.

This morning, I found myself spying.

To be fair, it wasn’t on my neighbors.

However, I did get out my kitchen stool and watch certain proceedings through the blinds of my front door.

Also, I wouldn’t have done it if they hadn’t woken me up.

What happened? So glad you asked. This happened: 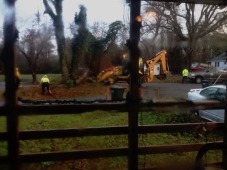 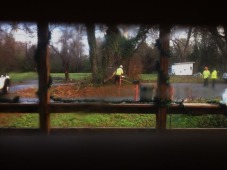 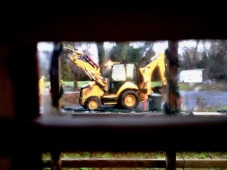 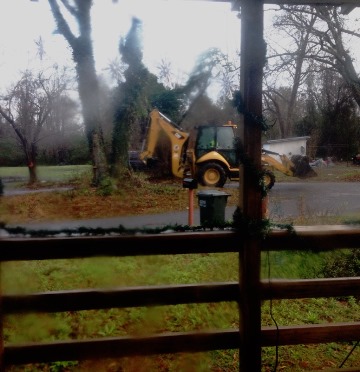 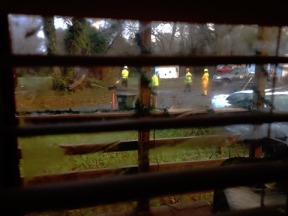 Yes, the city arrived at 7:00 with their equipment and yelling and beeping. Oh dear lord, please stop the beeping.

At least they were gone by the time Krystal had to go to work.

Otherwise, there’d have been words.

4 thoughts on “My Grandmother’s Grandchild”