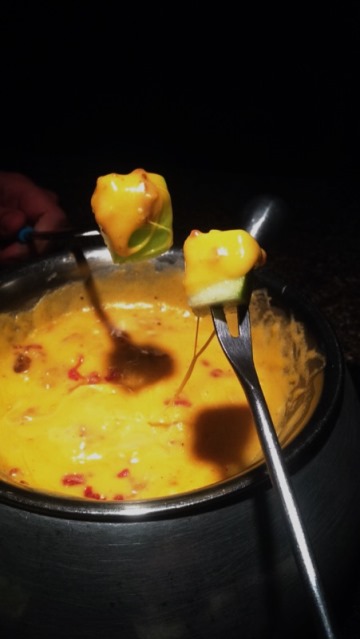 Seven years ago today, Krystal and I married (each other, in case that needed clarification).

Copper is the tradition gift for one’s seventh anniversary. But while I am (mostly) tradition, Krystal (most definitely) is not. She gave me: 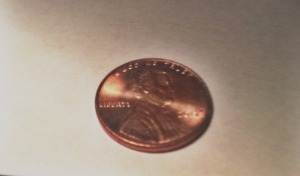 I looked for a new penny on purpose because I knew you’d look at it and say something like “Pennies haven’t been made of copper since 1982; that’s why I collect pennies before 1982 for squishing“.

Well, thanks to you, I already know all of that. I just gave you the penny to see if you’d say it. Muwahahahahaha

We didn’t exchange actual gifts this year, but we did go to our normal anniversary restaurant: The Melting Pot. 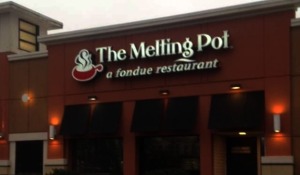 As it’s a bit pricey for our normal budget, this is a once-a-year, save-all-year event. We first went to the Melting Pot for our second anniversary, and we missed last year due to finances as Krystal was out of work, making this our Fifth Fondue-versary. We’ve never been disappointed.

Our server for the evening was Emily, who just so happened to be a first-year high school history teacher! As we arrived early in the evening, the restaurant was not yet busy so Krystal and I were able to spend some time giving her tips for surviving the first year.

But now, on to the good stuff. 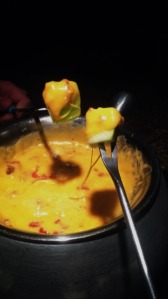 I didn’t take a picture of the salads. 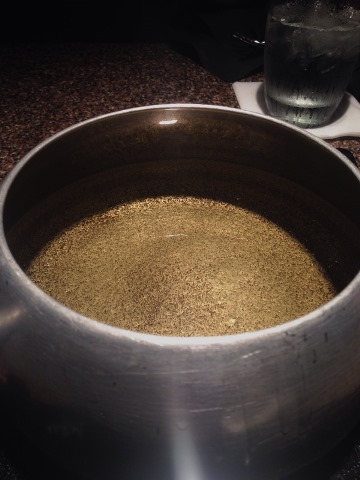 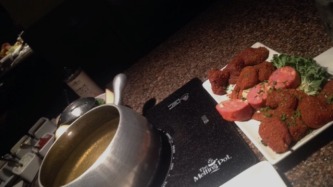 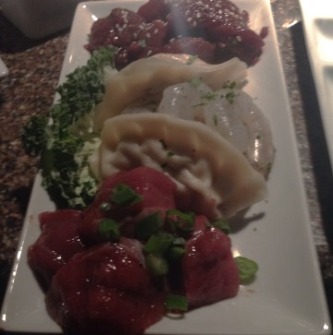 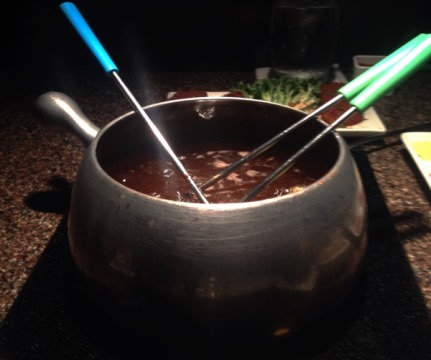 We chose the bourguigonne fondue, a European-style fondue in canola oil that came with tempura and sesame batters.

We chose two different plates to mix and match our tastes:

I liked the chicken, but the sausage was only so-so. Growing up near authentic German & Polish delicatessens ruined me in that regard.

Krystal had the shrimp as I find it disgusting.

The duck is best, especially with an orange-cranberry-teriyaki glaze.

The plates also came with vegetables, including mushrooms, broccoli, and potatoes. The stuffed mushrooms once can make are second only to the duck.

Around this time the manager came over to our table with an anniversary card from the Melting Pot staff. Such a nice touch!

We saw a new-to-us chocolate on the menu: tiramisu – espresso mousse & ladyfingers blended in creamy milk chocolate. It tasted just like tiramisu should. 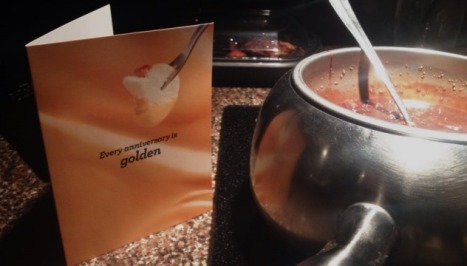 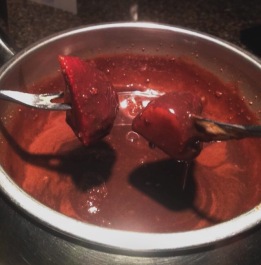 As we also had a gift card, we decided to splurge a little more and get an “enhanced” dipper plate with out dessert. In addition to the usual bits of pound cake, blondies, and brownies and the slices of strawberries, bananas, and pineapple and whole marshmallows, we also received a large slice of rich chocolate-caramel cheesecake, two cream puffs, and rolled gaufrettes (a potato-flour wafer).

A few weeks ago I received an email with a voucher good for a take-home box of hand-dipped chocolate covered strawberries.

They survived the two-hour-plus trip home and tasted delicious. 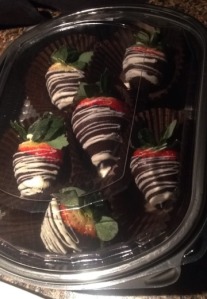 4 thoughts on “Copper or Fondue ?”