Someone’s been delving my archives and stirring up dust.

Back when I started this blog in April 2013, I had no idea what I was doing.

Back then, I posted some pretty random stuff.

Some of it was gold, like my post 16 Life Lessons from Monty Python and the Holy Grail. Published just three months after I started blogging, it contains all kinds of errors; it’s like looking into an author’s idea book to see where the finished product came from.

OK, maybe I’m giving myself too much credit here.

Anyway, someone liked what I wrote, and I ended up on Freshly Pressed and gained over 1k followers, most of whom I promptly lost once they realized I wouldn’t write anything close to that ever again. 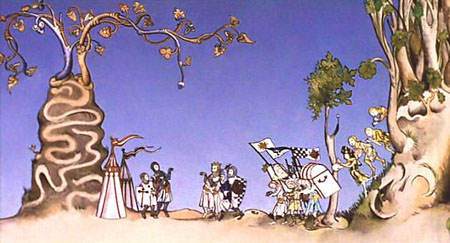 Then there are the posts about books and favorite passages.

I just know some student out there is using my stuff.

But none of those compares to my post You Can’t Name A Pig Napoleon.

Even counting the publicity for the Python article, this page has been viewed more than anything else I’ve written. I just went to check, and as of right now, it has been viewed a total of 7,234 times.

Every year I hope something I write will knock it off it’s perch – to no avail.

According to my stats, it’s been viewed hundreds of times in the past few days. Why? What on earth would drive that many people to an article almost three years old? Is this some kind of Skyrim-style quest to find a scroll of ancient knowledge?

For once, the referrers section of the stat page was useful. Turns out, my article was linked to a recent article published on distractify. Now, I can’t say I’m actually disappointed in the publicity, except it hasn’t exactly resulted in a like/follow boom.

Ah well. I do hope the questers searching the tombs of forgotten lore have gained the ancient knowledge for which they seek.

One day I’ll write something that’ll get them coming in the front door rather than that back window I keep leaving open. 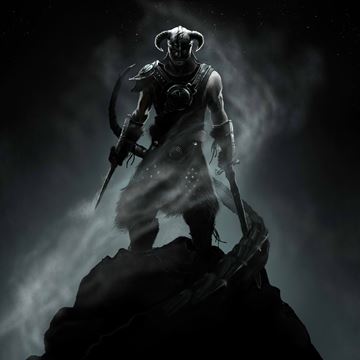 They always FUS RO DAH my stuff all over the place, too.