Good Morning, friends! I’m so glad to see you this morning. I just put the coffee on, so we’ve a few minutes to chat before it’s done. What a week, right?

Here in the U.S. we observed Labor Day, which also happened to fall on my in-laws anniversary this year. Krystal and I decided months ago to treat them by taking them to one of their favorite things: a NASCAR race. So, Sunday morning found us making our way to Darlington, South Carolina for the Bojangles Southern 500. 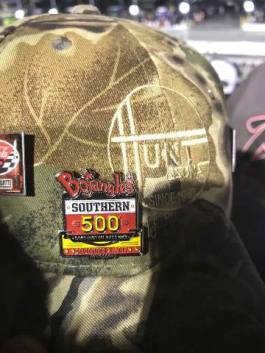 For those of you unfamiliar with Bojangles, it is a near-ubiquitous chicken chain in many southern states. I met folks at the race told by friends and family that they’d better come back with Bojangles’ chicken & biscuits or they’d best not go to the race at all.

We had pit passes and were able to see the pit crews preparing for the race. I don’t think I’ve ever seen so many tires in one place before. Aside from other races, of course. We also had passes for the driver introductions; we were about 10 ft. away from the stage and saw not only the current drivers, but Hall of Fame and “Legends” drivers – including Richard Petty and Rusty Wallace (among 13 others). We even got to sign the start/finish line! Of course, after a few laps, nearly all the paint was gone anyway, but still! 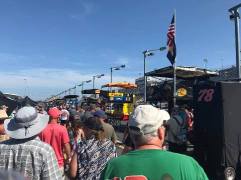 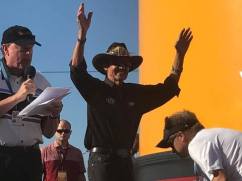 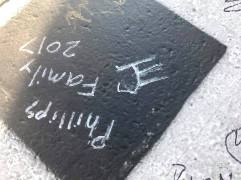 The race itself was a good race with no major accidents but just enough cautions to make it interesting. Then, with 2 laps to go, the lead driver, Martin Truex Jr., who had led for most of the race thanks to luck and drivers running interference, hit the wall and dropped to 7th. The race was won by Denny Hamlin, driver of the No. 11 car. 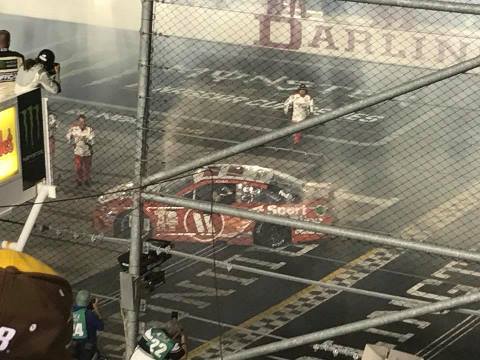 We spent the night in a nearby Best Western, sleeping in and getting a start home after a very late breakfast / not so early lunch at Cracker Barrel. The food was good, but we kept having this feelings that someone was watching us. It was this guy, that Krystal made into a meme: 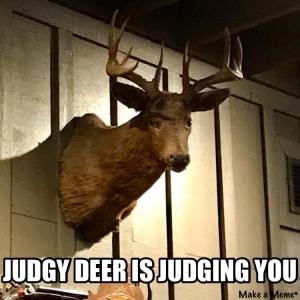 Tuesday I was back in school and the Cross Country team really hit the ground running. After practice, I went to the library to return a book and decided to check out the New Arrivals shelf. Turns out I made the right choice; three books on my TBR were there, huzzah!

Wednesday & Thursday were normal days with not much to talk about, except that Krystal and I started watching the Planet of the Apes reboot.

Yesterday, though, was different. Krystal got some very good, very interesting work news (that I’m saving to tell you about next week) and we went out to dinner to celebrate. Then, she went to the mall with her sister and I went to our local chain bookseller, where I found two books on discount. And by discount, I mean I paid under $18 total. I found The Compleat Ankh-Morpork for $5, y’all!

Also in book news, my friend Chris Gehrz has a new book coming out with one of his friends and colleagues, Mark Pattie: The Pietist Option. I’m on the launch team, and yesterday I received my complimentary copy! 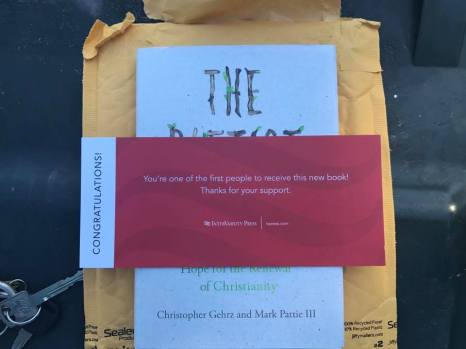