Happy Saturday, my friend! We survived another week; why not sit and chat a while? Let’s relax and unwind.

The short weeks at school always seem like the longest weeks to teach. I’m not sure why. But, having President’s Day off, the rest of the week seemed to take everything out of me.

Then again, my thoughts this last week have turned to the recent school shooting. It was impossible to avoid.  And now instead of unwinding I find myself getting worked up. Is now the time to talk politics? I’m always afraid political disagreements ending otherwise good friendships.

So let’s focus on the good that happened this week. 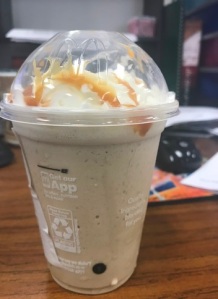 Some students brought me Frappe/Frappucinos (though I only took a picture of one of them).

My first section of American History I had the most profitable Current Event discussion day of any section all year.

Some friends inaugurated a game night, and the first game we played was based on Dante’s Inferno. I did not win; I didn’t even come close, having spent a majority of my time in Purgatory waiting to roll a 2 or 5. I rolled nine times before getting out – oh, the ironic symbolism! 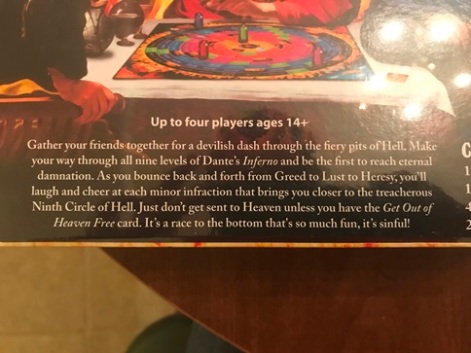 Then, we learned how to play a game called Bears vs Babies. We played too nice as we were all in awe of the cute and creepy creations. This was my favorite creature of the night:

This week was also the anniversary of the birthday of Edward Gorey, known for his gothic, horror-like illustrations. Thanks to the podcast Missed in History, I discovered he did the illustrations for the first book I remember creeping the bejeezus out of me: The House with a Clock in its Walls. 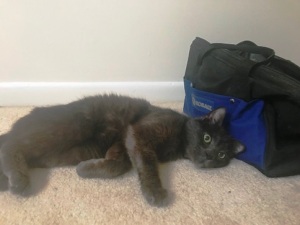 My in-laws came over and helped us hang wall art. We still have a few more things to hang, but things are really coming together. It looks nice.

Smokey is doing really well since the move. He’s more lively and energetic, and he’s put on weight and his thinning hair is starting to fill back in. This move has been good for all of us.

How have you been doing?