Grab a mug and a slice of leftover pie, and let’s get caught up on the week. Of course, since there’s no leftover pie in my house, I’m eating a S’mores flavor “toaster pastry” – you didn’t happen to bring any extra apple pie with you, did you?

Monday and Tuesday were hectic at school – it always is right before a break. Everyone wants to check out just a little bit early; yes, even the teachers. Sometimes, especially the teachers. The good news is that some of my senior students helped me decorate my classroom for Christmas: hanging lights and getting a tree. The other good news is that we had our staff Christmas party. Why have the party before Thanksgiving? Four words: Christmas Bonus and Black Friday. The bad news is that break is almost over. Ah well, only three-ish weeks to Christmas break!

Of course, not everything can be rosy; the universe just won’t allow it. So of course things have been going wrong with the cars. On mine, the button that allows me to change gears on my automatic transmission popped out. I can still drive, and it makes for an excellent anti-theft feature, but inspection is coming up and I’ve got to find a replacement. I finally got around to

changing Krystal’s windshield wipers; they’ve only needed changing since August and the wipers have been sitting in the house for a month. But now her low pressure warning light won’t go off, even though all her tires are properly inflated. If it’s not one thing, it’s another. It could be worse, though, her tires could actually be flat. Thank God they’re not.

Thursday was amazing. As per tradition, we ate an hour later than planned. I made the wrong choice to skip breakfast, assuming we’d actually eat on time this year, but it was worth it. Everything was so darn good! Turkey perfectly moist, stuffing the right amount of crispy, potatoes not too runny, seriously – everything was just right.

And then came the big event: Black Friday. Sure, we could have just shopped online, but where’s the fun in that? We go to spend time with family and make friends in the lines. Sometimes we spend more time in checkout lines than we do actually shopping. This year, Krystal and I were joined by her sister, Sarah, and our cousins, Alex and Eric. I think this is Alex’s 3rd year going to Black Friday with us; this year he channeled his inner “Black Friday Elf,” which made thing hilarious. We went to Target, then Sarah decided she wanted to go home. The rest of us went to the mall in Jacksonville, then to Best Buy (where we promptly walked out due to the line), Old Navy, Toys ‘R Us, and Kohl’s. We drove back to New Bern, where Eric asked to be taken home. Krystal, Alex, and I went to IHOP, then to Belk (which had *just* closed), and finally to Wal-Mart. 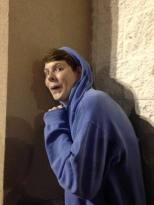 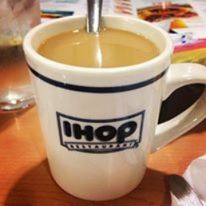 We brought home our usual haul of movies, games, and assorted Black Friday deals around 3 in the morning. By my calculations, we’d also finished roughly 76% of our Christmas shopping. We went to bed, but not for long: Krystal volunteered to work on actual Black Friday. I drove her to work (and picked us up some Bojangles biscuits, tea, and coffee), then came back home where I did not go back to sleep, but rather put up this year’s outdoor Christmas lights and put together our new artificial tree. I suppose it’s a good thing I took down last year’s lights on Wednesday, or it would have taken longer. Oh, and I found our ornaments in the closet, so everything’s ready for Krystal to decorate the tree.

Alex the BFE and I were supposed to go shopping again, but he wasn’t feeling well and had to go to the doctor 😦 But I persevered and bought tape, scissors, and two more gifts, bringing our percentage up into the 80s.

When Krystal was done with work, we went to the Greenville Mall, where I had to give up one of her presents when she tried to buy it for herself (at a much high price than I’d paid for it online). She told me to wrap it up anyway, but I’m still going to get her something else. We also went to Barnes and Noble, were we picked up another gift, pushing us over our goal of 90% complete. Honestly, though, it’s the same three people that are hardest to buy for that keep us from finishing all at one go.

We ate supper at Mellow Mushroom, where – continuing my resolution of trying new things – I had the Red Potato Skin Pie. It was delicious.

We came home and went to bed, and now I’m awake, telling you about my week. Later today Krystal’s going shopping with her mom, and I’ll use that opportunity to get her another gift. I’ll also start wrapping presents so we can get them in the mail.

But enough about me; how was your week?