Yes, it’s that time of the year. School is gearing up for another term! But it’s Saturday, so let’s enjoy the time off while it lasts. The coffee just finished brewing; fancy a cup? 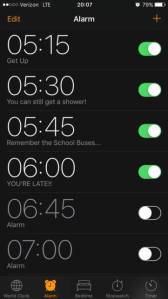 So, school. Yeah. I’m back in the classroom, and I have my student lists! Well, *almost* – I’ve been told there’s one or two changes that might be made before orientation; then there’s always a family or two that moves in to or out of the area the first few weeks of term. Which, come to think of it, is pretty normal for a military-heavy community.

Monday was Book Sorting Day, and I came up four short of one in particular. I checked with the teacher in charge of ordering to make sure we were actually missing it and not that I wasn’t just looking for it in the right place, and ended up ordering said books. They came in on Thursday! That was fast.

Tuesday I went to the only teacher supply store left within an hour’s drive. Seriously, if that one ever closes, the nearest dedicated teacher supply store will be in Raleigh. Well, now Raleigh is 1.5 hours away and not 2, but it’s still a drive just to spend one’s own money. It’s worth it, though. I found some new posters, metallic glitter stars for student names, two packs of border, a Snoopy decoration kit, a bottle of pH strips, as well as the ubiquitous Sharpies and colored pens. This should get me through the first half of the year.

Sorry the end of the picture is wonky. I fell over a desk. 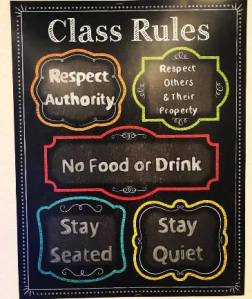 Wednesday, I decorated and updated my welcome letters and class policy handouts. The decorating actually went much better than I’d anticipated. There was a brief moment of panic as I tried to straighten a large poster, until I remembered there’s a level function on my phone. It’s not a Pinterest-worthy classroom by any stretch of the imagination, but it’s better than four blank walls.

Thursday morning we had team building exercises and meetings. The team building was okay; my team won Starbucks gift cards in one of the challenges. The school even provided ziti, salad, bread, and dessert from a local Greek restaurant for lunch.

Thursday afternoon I started typing up the lessons plans for the first few weeks of school. Okay, the first week of school, because as one colleague said,

After Monday, lesson plans are a good piece of fiction.

I know where I’ll begin on Monday and where I hope to end on Friday; everything in between those two points is really class-dependent. Ah well.

Yesterday I finished those lesson plans, counted the books again just to be sure, and started covering the new ones with contact paper so they’ll last longer. Is it just me, or has contact paper become less contact-y over the last couple of years? I bet there’s some chemical they were using that’s now “unsafe” just like what was in cling wrap.

Last night, Krystal suggested a date night, so we went to Mellow Mushroom and the mall. We ordered hummus and a new pizza: the Pacific Rim. It had pineapple, ham, caramelized onions, bacon, and jalapenos. It was very good.

We bought some random mess at the mall; I bought some Bob’s Burgers lounge pants. Turns out one of the store workers is a huge fan of the show, so we told her about cooking our way through the burger cookbook. She asked about the blog and I gave her the address, so if you’re her and here reading this,

It’s rained all this week, and Smokey’s not happy that I’m not home all the time. Poor old man. He’s sitting in the window right now, watching the rain. It must not have any thunder with it, or he’d be all over me. 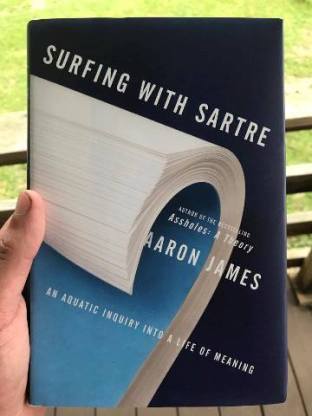 Oh! I almost forgot to tell you I won a book from Goodreads! I don’t remember entering to win it, but I won’t look a gift book in the mouth. I will, however, look between its pages. Wait, would that make it its mouth?

How was your week?

2 thoughts on “Saturday Morning Coffee: I Can Hear the Bells”