It’s been a whirlwind couple of weeks, hasn’t it? Things have been so off-kilter: no Saturday Morning Coffee, no Bob’s Burger’s Review. I’ve had a couple people ask me if everything’s OK; they love those features and miss them. Yes, everything is OK, but my weekends have been slam full. Come on in and I’ll tell you what’s been going on. The coffee, as always, is nice and hot.

Two Fridays ago, Krystal received some exciting news: she was asked to go to a museums conference in New Orleans! She called me at work – not to see if she could go – but to see how I’d react to the news. NOLA has been on our “to-visit” list for some years now. How on earth could I say no? I’ll be honest: I was very jealous, but that’s on me, not Krystal. So, early Sunday morning (two Sundays ago) she flew to Louisiana – her second time flying, ever. She had a blast at the conference, eating beignets, and taking a haunted history tour (or two). When she returned on Wednesday, she brought me back a handmade leather notebook, made by the same little shop that supplies/supplied the Vampire Diaries and Originals TV shows and – of course – a squished penny.

Last Friday, two of our good college friends came to visit. It’s hard to believe we’ve been friends with Caroline and Garrison (brother & sister) for almost thirteen years! Some people told us they were slightly jealous; they wish they’d had friends that stuck around for that long. It’s amazing: you can live far away from some people, only see them *maybe* once a year, but as soon as they walk in the door it’s like they never left (in a good way). On Saturday, we headed up to Busch Gardens Williamsburg for a day. I had an amazing time riding most of the roller coasters with Garrison; the girls aren’t too keen on roller coasters. They’re more a carousel/teacup kind of crowd. Even the car ride was enjoyable, filled with trivia games and singing along to the radio. 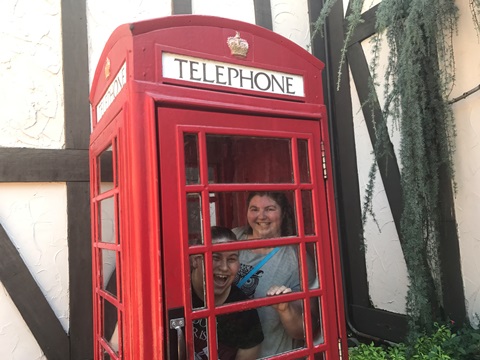 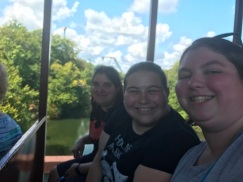 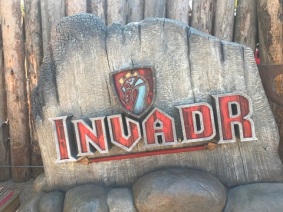 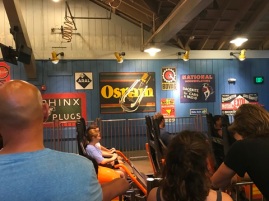 Yesterday, Krystal, Sarah, and I headed down to Emerald Isle, North Carolina for the Crystal Coast Comic Con. In it’s 7th year, this con is still small, but had decent celebrity guests, such as Denise Crosby and Kris Holden-Reid (and others, they were just the two I remember off the top of my head). Krystal and I purchased a selfie/autograph combo from Kris Holden-Reid, and because the crowd was small, we got to talk to him for a few minutes. He was pleasantly pleased that I liked his voice acting as Crawford Starrick in Assassin’s Creed: Syndicate and shared a bit of how he wanted to portray the character. Of course, I also knew him from Tudors and Krystal knew him from Lost Girl, and we’re both excited to see him in season 5 of Vikings. I also found some unique things for sale at the vendor booths, like a Jurassic Park notebook made out of an old VHS case and the book The Night Before Krampus. 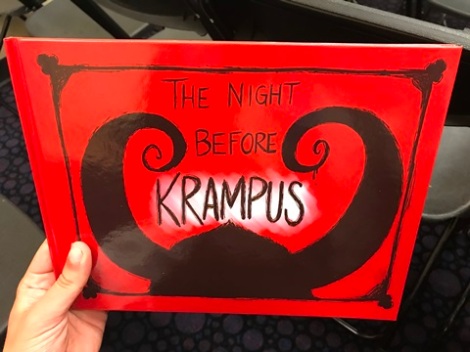 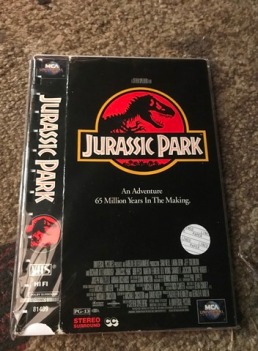 In other news, school is going great. We had picture day this week, and I wore my TARDIS shirt with a white bow tie. I’ll be sure to share a picture when we get them back. I also had a class volunteer to take a test three days early if I’d bring in a French baguette from Wal-Mart. Go figure. (They did OK on the test, too).

This coming week I’ve what seems like a ton of meetings to attend, and practice for Candlelight starts next Saturday. But, that shouldn’t interfere with our regularly scheduled programming.

What have you been up to these last few weeks?

One thought on “Sunday Morning Coffee”