So I’m a few hours late this Saturday, and the time just doesn’t feel right for coffee. I’m glad you came, though! Can I offer you some sweet tea or water? Monday school was closed for Columbus Day. I know there’s a large Columbus Day vs Indigenous Peoples’ Day controversy, but I won’t debate that know. Suffice it to say I’m glad we get the day off. I used it to plan lessons! Imagine that . . .

On the other hand, the library wasn’t closed, and one of the books on my to-read list was in: From Here to Eternity: Traveling the World to Find the Good Death by Caitlin Doughty, author of Smoke Gets in Your Eyes. I’m not afraid of death, per se, though a tad apprehensive about the process, and this book has started me thinking about what I’d like done with my remains after I shuffle off the mortal coil.

The last several weeks I’ve been desperately needing to mow my lawn, but every time that my schedule would allow it, it rained. Krystal assured me it was OK, that I couldn’t help it, but things came to a head on Wednesday when we found copperheads in our front yard. I vowed to mow the lawn the next day come what may. 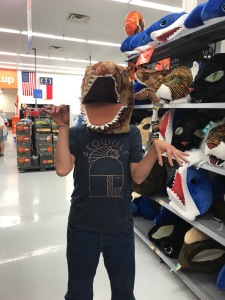 What came was rain, and it didn’t start until right when school let out. It was one of those hit-or-miss storms, so while it was raining at work and at my in-laws (whose riding mower I borrow), it wasn’t raining at my house. I had to make three passes over the whole thing, and by the end I was mowing between the raindrops, but it got done. Yes, I did find more snakes. They did not survive the encounter.

Motivated by my earlier success at the library, I decided to try placing a hold on the popular A Gentleman in Moscow by Amor Towles. The wait could be as long as a year! So one of my colleagues decided to go halves with me, as she had been lucky to be earlier in the wait list but hadn’t had a chance to read it before the due date came.

So earlier today I could be found at the bookstore, where I just am happened to find another book on my to-read shelf: Persian Fire: The First World Empire and the Battle for the West by historian and amateur cricketer Tom Holland (who is unrelated to the actor of the same name).

Last night Krystal and I and our cousin Eric attended a Shostakovich concert at UNC Chapel Hill. I enjoyed it, but the others were less than thrilled. We can’t all be fans, I suppose.