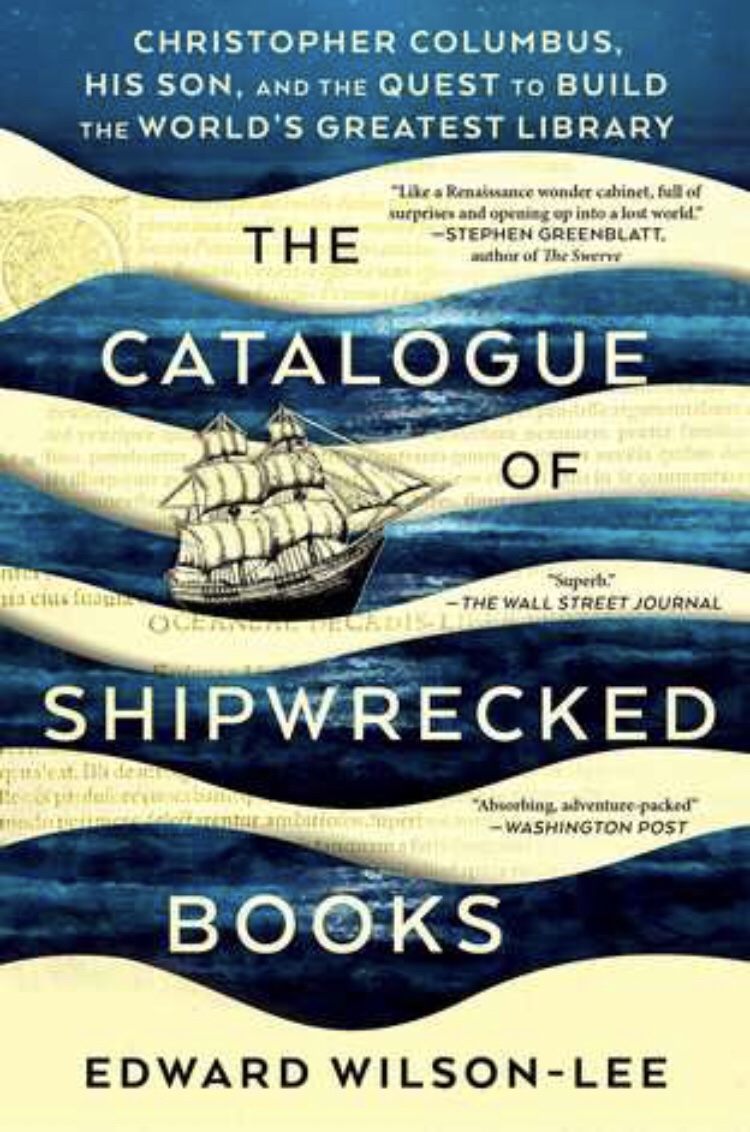 Like the summer solstice, the Wheel of Time has turned ’round to Teaser Tuesday.

So I’ve been reading but forgetting to share my reading here. Since we last talked books I’ve finished Forest of Hands and Teeth, The Book of Speculation, Library of Souls, and Daughter of Deep Silence. I’ve starred them but haven’t written a review.

This weekend I went to the library and picked up a few books. This week I’m reading The Catalogue of Shipwrecked Books by Edward Wilson-Lee.

Created in 1539, the Biblioteca Colombina in Sevilla contains over 3000 books. This is but a fraction of one man’s life spent collecting every book on every subject – including antique and modern worlds, science and law, as well as playing cards, pornography, and popular music.

Who was Hernando Columbus and how did he achieve this?

Set to the backdrop of Christopher Columbus’ paradigm-defining explorations of the New World and beyond, and cutting across events of the Renaissance and Reformation, this book follows Hernando Columbus’ bibliomania and curation of the first ever library of its kind.

The Truly Random Number Generator sends us to page 60:

2 thoughts on “Teaser Tuesday: The Catalogue of Shipwrecked Books”