It’s been a few long months since I made a burger from Bob’s Burgers, but last week I finally got back into it.

When Bob and Gene go in search of a rare mushroom, they fall afoul of other foragers after the same prize.

Back at the restaurant, Louise convinces Tina her new glasses have granted her super-sight.

This burger was supposed to come on focaccia with beets, but I don’t like beets. Instead, I made a Juicy Lucy topped with a red onion compote.

Putting it All Together 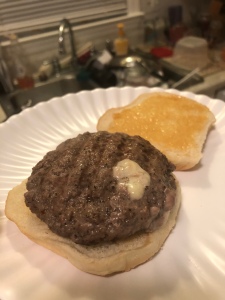 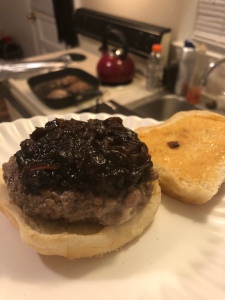 Our featured image comes from Andrew Heath. Check out his website and – if it’s your thing – buy some of his art or his game: Burger Battle! I’m not on commission or anything, just doing my part to support a great and talented fan artist.

9 thoughts on “Bob’s Burgers Review: The Hunt for Red Onion-tober”