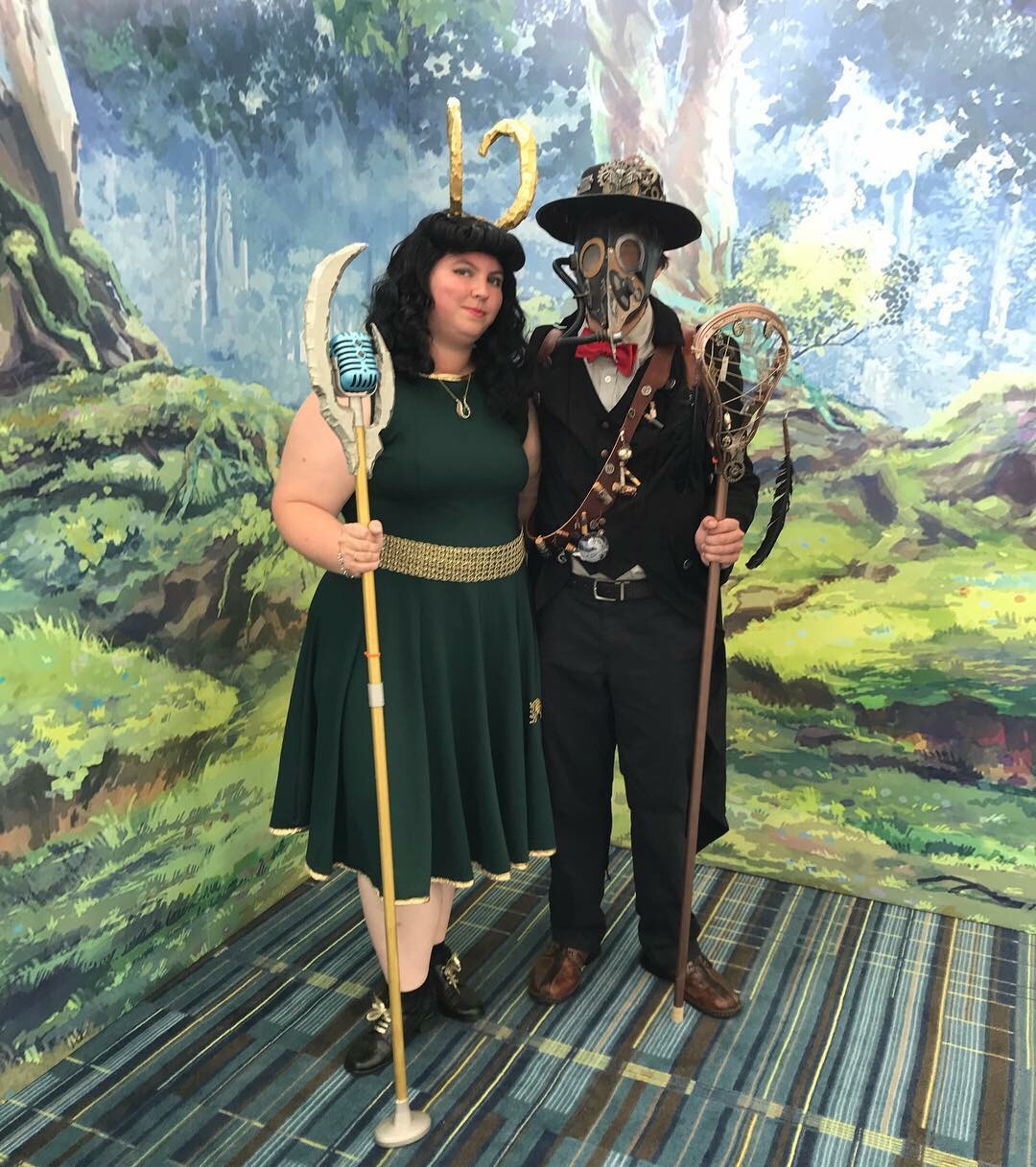 No, it’s not the setup to a terrible joke; it’s pretty much how I spent my weekend at Raleigh SuperCon. This is Part Three of Three.

Here’s Part One & Part Two if you missed them.

We got up early Sunday to pack the car and get into costume. Krystal’s Sunday cosplay was heavily reliant on makeup, so it was mainly up to me to pack the car. Thankfully, when I called the front desk, a bellman and luggage cart were readily available. I gladly paid that tip to have help.

We played it smart, packing up the car, having the valet park it, and *then* checking out. Seriously, the valet parking was worth not having to deal with the headaches of navigating traffic and parking. 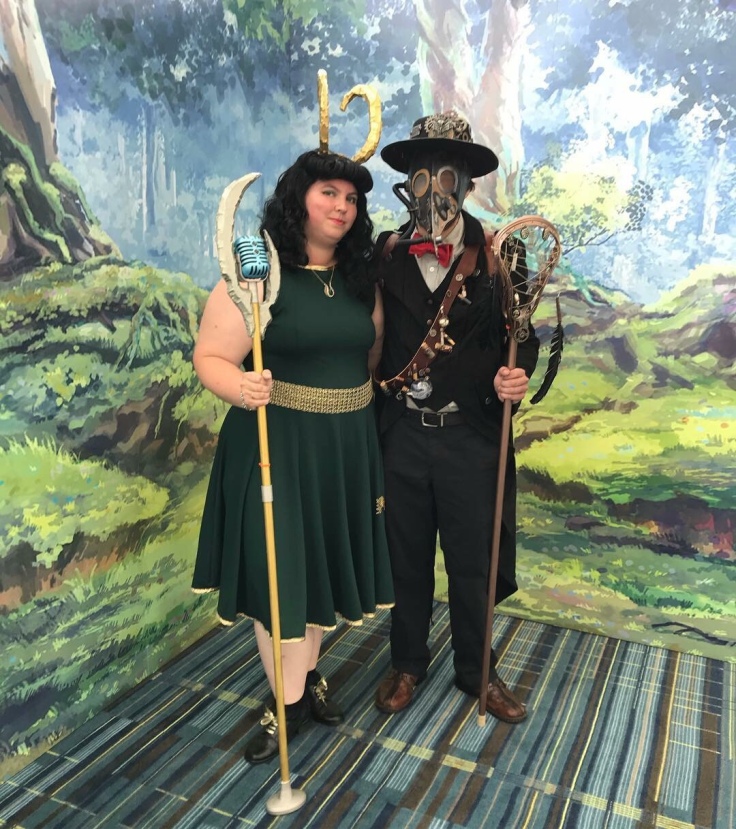 Krystal went as a 1950s rockabilly Loki and I wore my steampunk plague doctor. We made it through prop check with no problem and headed immediately to the line for Catherine Tate’s Q&A. 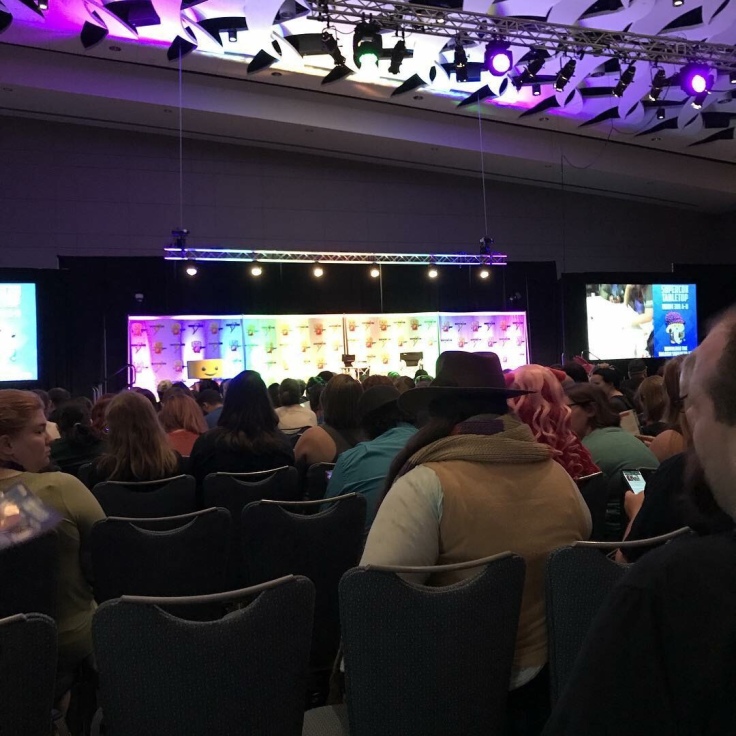 We spent the day wandering the floor and waiting on photo ops as Krystal had photo ops with Bob Morley and the cast of RWBY.

While wandering a particular artist caught my eye. He had his take on Ghibli movie posters, and we ended up buying three. As he was bagging them up, he said “I like your costumes. I’ll throw in another one.” Our luck continued! They’re still packaged up, but we bought Howl’s Moving Castle, Princess Mononoke, and Spirited Away when he added Castle in the Sky. Check out more of his art here.

We met more of our online friends, many of whom wanted pictures. Since I had my mask on, Krystal was in the majority of them. Click the links to see their Instagram.

Krystal even ran into a group of 50s Avengers! (Costumes by gigi_moonmoon & featuring Amber as Captain America)

I had quite a few people take my picture, but sadly I forgot to have a copy taken with my phone. Ah well.

We decided to head home before it got too late, which turned out to be the right choice as it rained most of the way home.

Until next time, Raleigh SuperCon!