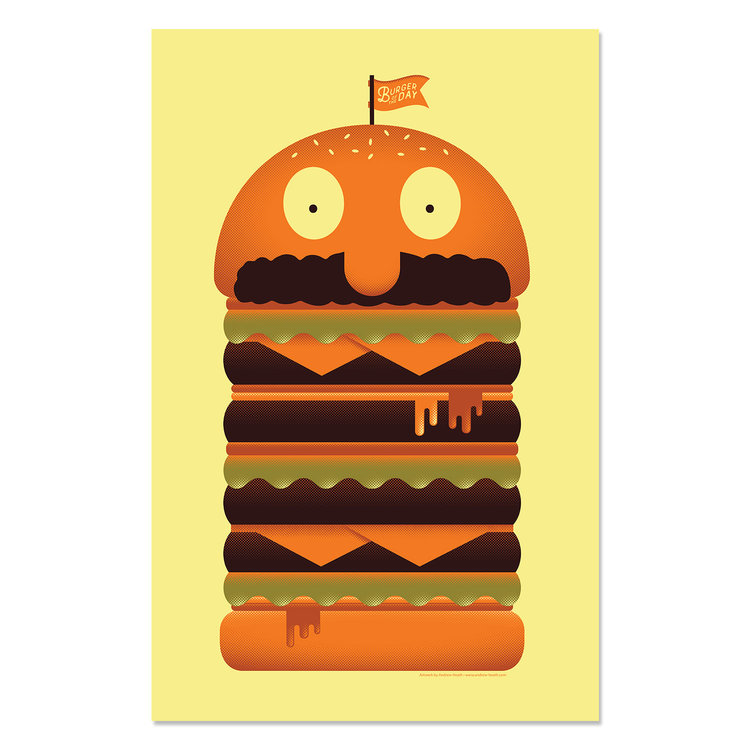 It’s Sunday morning, and that can only mean one thing: last night, I made and ate a hamburger. Specifically, a burger featured on the hit series Bob’s Burgers. 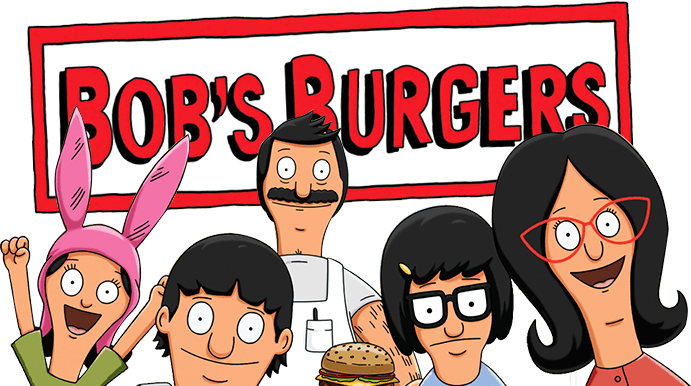 Topless the Morning to You Burger [S8:E1 “Brunchsquatch”]

Bob and Linda try to draw customers to the restaurant by offering Sunday brunch; they’re even featured on a brunch blog! But their fame may prove to be their undoing.

Meanwhile, the kids try to help Calvin Fischoeder hide from his brother in their yearly game of hide-and-seek. 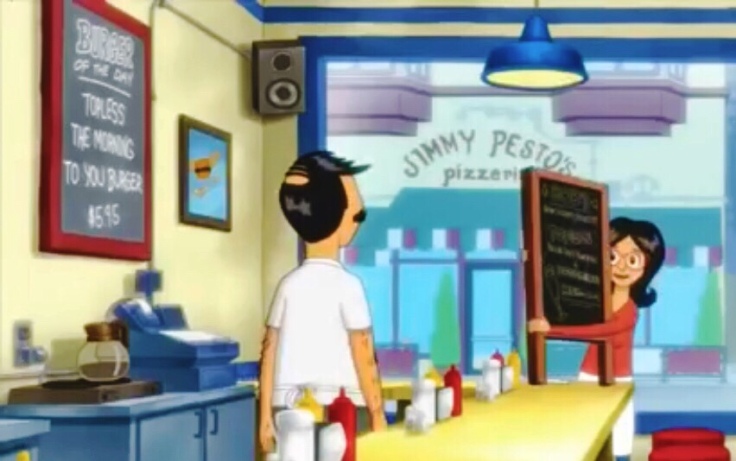 The burger is named after the Irish greeting “top of the morning to you”, so I knew the burger would have to be an open-faces, Irish-inspired burger. After googling Irish breakfast burgers, I settled on the following: a Worcestershire-enhanced burger served on a toasted bun bottom with garlic-Parmesan mushrooms, Dubliner cheese, bacon, and an egg.

First, I fried my bacon to a firm crisp. 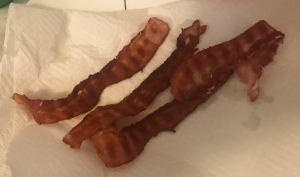 To make the mushrooms, I took a package of sliced white mushrooms and sautéed them with a tablespoon of olive oil and a a tablespoon of butter along with four cloves of minced garlic. When the mushrooms were done to my liking (I like them fairly browned) I added about a quarter cup of grated Parmesan cheese.

I can’t believe I forgot to take pictures of the mushrooms!!

Meanwhile, I added two tablespoons of Worcestershire sauce to one pound of ground beef (I really like Worcestershire!), formed my patties, and seasoned both sides with salt and pepper. I grilled them as usual, tenting them after flipping and adding a wedge of Dubliner cheese to each burger for the last minute or so. 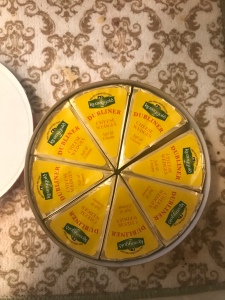 While all that was cooking, I attempted to fry and egg. That didn’t work so well, with the eggs being somewhere between fries and scrambled. They still worked, though.

When everything came close to finishing, I toasted two burger bottoms.

I built my burgers: bun bottom, scoop of mushrooms, burger (smear the cheese with a knife if necessary), bacon, egg. 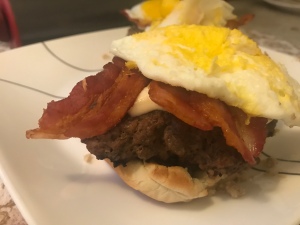 Eating this required a knife and fork. I expected the burgers to fall apart as I ate, but they held up surprisingly well!

I made this burger because Krystal was out of town, so I could make a burger that I knew she wouldn’t be too keen on. Specifically, I know Krystal doesn’t like mushrooms, and eggs on burgers isn’t really her favorite, either.

I liked the burger, but my mushrooms ended up a bit dry and the eggs didn’t turn out they way I wanted. Based on the overall taste, though, I’d give this burger

Our featured image comes from Andrew Heath. Check out his website and – if it’s your thing – buy some of his art. He’s also releasing a game this December: Burger Battle! I’m not on commission or anything, just doing my part to support a great and talented fan artist.