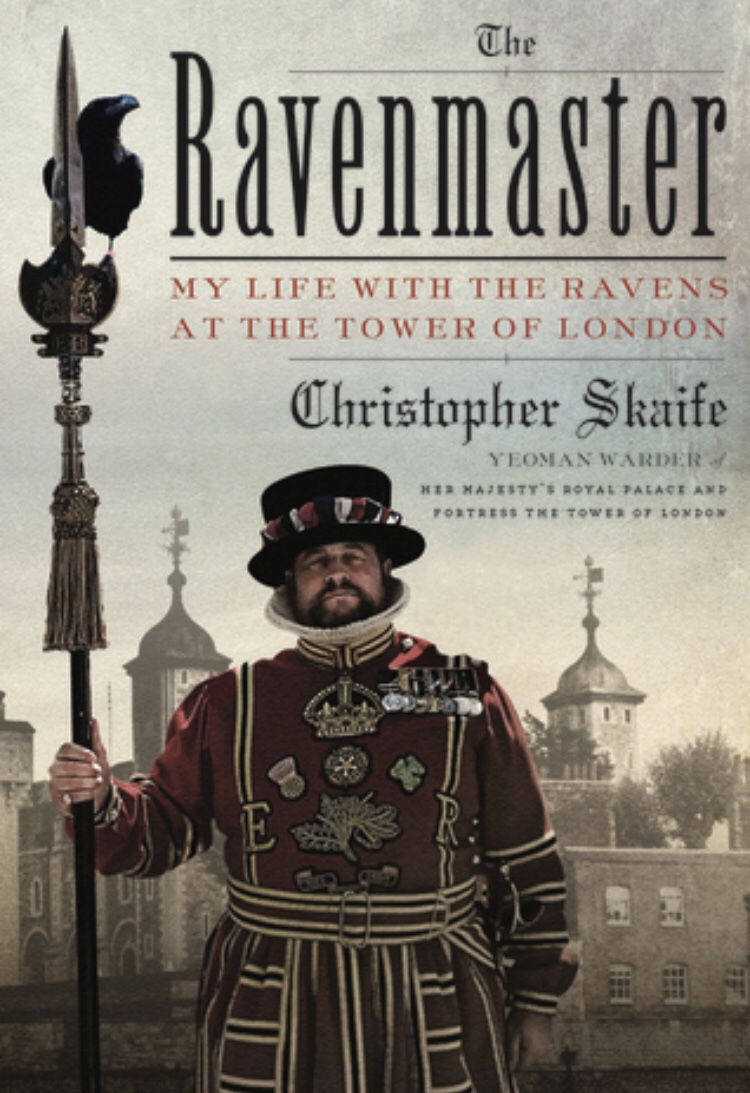 Like birds returning after winter, the Wheel of Time has turned ’round to Teaser Tuesday.

This week I’ve started my 12th or 13th reread of Dante’s Divine Comedy. Interspersed, I’m reading some exciting nonfiction. The first book I’ve got is The Ravenmaster: My Life with the Ravens at the Tower of London

For centuries, the Tower of London has been home to a group of famous avian residents: the ravens. Each year they are seen by millions of visitors, and they have become as integral a part of the Tower as its ancient stones. But their role is even more important than that—legend has it that if the ravens should ever leave, the Tower will crumble into dust and great harm will befall the kingdom.

The responsibility for ensuring that such a disaster never comes to pass falls to one man: the Ravenmaster. The current holder of the position is Yeoman Warder Christopher Skaife, and in this fascinating, entertaining and touching book he memorably describes the ravens’ formidable intelligence, their idiosyncrasies and their occasionally wicked sense of humour. The Ravenmaster is a compelling, inspiring and irreverent story that will delight and surprise anyone with an interest in British history or animal behaviour.

Review: Heirs of the Founders by H.W. Brands

An interesting, readable book about the notable men and divisive issues of early and mid 19C America.

I learned a few things, saw old names in a new light, and came away with a better understanding of the sectionalism and compromises for which Clay, Calhoun, and Webster are known.

The book suffers in the last third, where interspersed chapters relating the life of Solomon Northup interrupt the narrative flow. The chapters aren’t badly written, but are only tangentially tenuously related to the main subject and ultimately prove a distraction.

One thought on “Teaser Tuesday: The Ravenmaster”