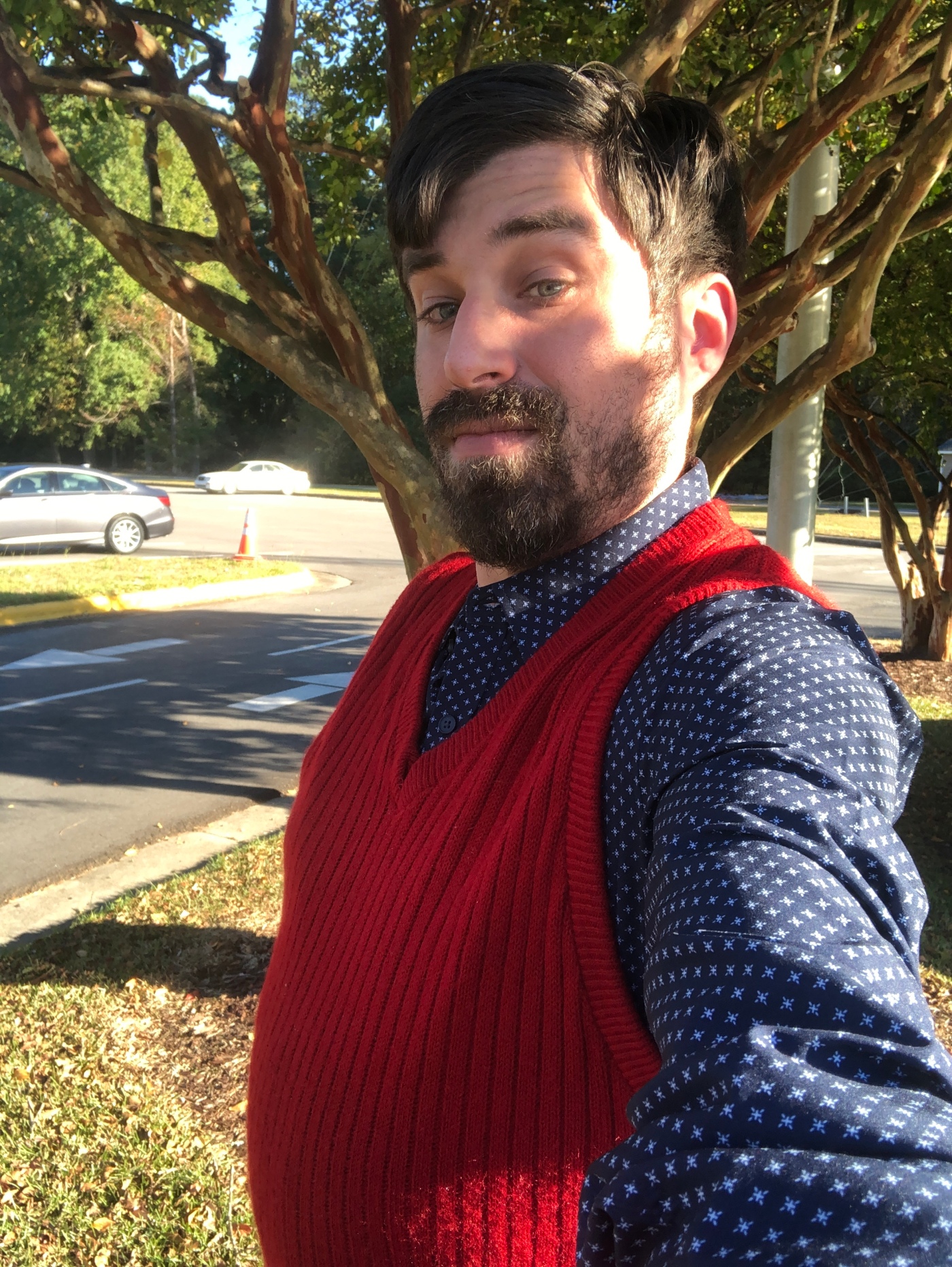 Compared to last month, November is doing a bit better.

There was attempted fraud in my bank account, but it was caught before any damage was done. Talking to two fraud departments made for a fun Monday morning.

I think I’ve found a car to replace my failing one. Now I just have to find the financing. Blech.

I went and visited Mr Tom on Veterans’ Day.

And I took the Friday after off as well, giving me a four-day weekend this week. I’ve had my coworkers telling me I maybe needed to take an extra day after coming back from PA, and so I finally did it.

I went grocery shopping, prepped for some recipes, did a mostly-thorough cleaning of the kitchen and living room, and got some art hung on the walls – some of which I’ve had for six years.

I’ve had two extra-successful meals this week: creamy chicken soup and a cheese and onion pizza.

The soup was successful because it was actually soup and not an extra-thick stew.

The pizza was successful because the crust cooked evenly and didn’t stick to the stone.

I’ve struggled with that in the past, and one day as I was complaining about it to a friend, they said they’d ask their patron Nuada to bless it. Ever since then, my pizza has gotten progressively better; I actually got emotional looking at this one.

There are now fifteen weeks to the Wilmington Marathon, and the middle toe of my right foot is once again acting up. I don’t know why it hates me so.

Our Call of Cthulhu arc ended, and while our party ended up cultists of Nyarlathotep, we all survived – no small feat in that game.

And I’m now preparing to play a new TTRPG called Cyberpunk: Red. Thought somewhat a Luddite in real life, the worldbuilding is incredible and the musical analogies are right up my alley.

The more I play these games the more I see that I have a character type: bard. I’m not sure what that says about me, but I can say I definitely don’t play to stereotype.

I’ve also been doing some writing. I’m working on an poem and after several revisions I’ve got the idea and flow down but I’m having trouble wrenching them into the right position.