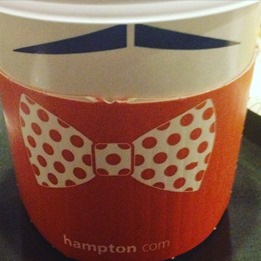 You haven’t heard from me since Wednesday, and even then Wicked Word Wednesday is a scheduled post – I don’t actually stay up to midnight just to hit “publish”. Unlike last week, this lapse wasn’t my fault. From noon Wednesday to 10:00 PM Friday, I was at a teacher’s conference without a stable internet connection.

Seriously, what kind of convention center doesn’t make wifi available to a three-day convention unless one is also staying in the attached hotel? It’s a teacher’s convention, people – and education has moved online. I know you offer wifi to conventions because I looked it up on your website – using my own data, I might add. But for our convention? We were told “No, you don’t have wifi unless you’ve also checked into the hotel.” After three days of this, I’m wondering if this will be a plot point in AHS: Hotel (I won’t be able to see until it comes on Netflix).

Even the wifi in my actual hotel room was spotty; constant buffering and loading with a required new login every 45 minutes. Oh, and did I mention I only had my mobile? My laptop’s batteries bit the dust, and I’m supposed to receive a new (to me) laptop from my principal on Monday. Of course it would happen after the convention, but at least I won’t have to worry about the whole thing dying in the middle of a class. Unfortunately, the same cannot be said for my projector. Oh well, improvements are improvements no matter how small.

I must say that the food was wonderful because it’s the one time of year we get to eat out wherever we want (within reason). Mexican, Chinese, and American all made the list. These foods might be good to the taste buds, but not so good for running a race, which I just did.

Yes, you read that right: I just finished my first official race in two years. I know, for a blog called “Running In My Head” I haven’t talked much about running lately. I run on my own, but had to cut out official races due to finances. Then, a few weeks ago, I got a message from a friend asking if I was interested in running a local 5k – and it was already paid for! I said yes and began training slightly more seriously. I felt good starting out, but three days of sedentary living and high-fat eating took their toll and I fell 8 minutes short of my goal. However, I had a blast running with my friends, meeting new people, and honestly – it was a beautiful fall day for running. I daresay it was the best 5k I’ve ever run (apart from the time, but that’s my fault).

I finished 57th overall and 6th in my division (male ages 25-29). I looked at the winning times for my division, and I can totally place – maybe even win – next year. Now that I’ve said so, karma will deflate my hubris.

The reception area was also superb – I had my first Monster energy drink (Banana flavor, Muscle variety) and my first post-race massage. The massage was given by our local Sports Medicine clinic, and I felt great afterwards; in addition to helping my calves, they prescribed yoga. Yes, yoga. We’ll see.

The next few weeks will be busy with school events, so I may not post as much as I’d like. Then NaNoWriMo kicks off, and I’m planning an entire month of scheduled posts. My life is punctuated with long stretches of boredom followed immediately by several weeks of insanity.

Whatever you’re up to, have fun doing it!

3 thoughts on “The Road Thus Far”