Thanks for being so flexible; I know we normally get together in the mornings, but it just wasn’t possible today, what with the race and all. But, once again, I’m getting ahead of myself. What do you want to drink? Tea? Lemonade? I’ll put on coffee if you want. After all, it is a bit overcast, making it cooler than the last few days.

Monday was a Monday, if you get my meaning. Remember how I spent the last several weeks working on Krystal’s car to get the check engine light to turn off? Well, after finally fixing that problem, I get into my car at 5:30 Monday morning, only to find it won’t crank and won’t start. Dash and interior lights come on, but when the key turned, everything went dark. Luckily Krystal is off on Mondays, so I drove her car to work instead. That afternoon I tried jumping my car, to no avail.

Tuesday Krystal drove me to work before going to work herself. Despite my car’s mysterious lack of power, it was a good Tuesday. No, strike that. An excellent Tuesday. You see, we both left work early and drove to Raleigh to see our favorite cartoonist, 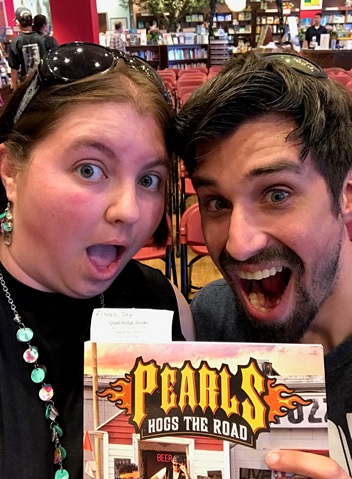 Stephan Pastis, creator of Pearls Before Swine. We received two signing tickets with the purchase of his new treasury, Pearls Hogs the Road, and Krystal was going to have him sign her stuffed Larry, a plush “crocodyle” from the strip. Unfortunately, he was nowhere to be seen despite our setting him out the night before.

We arrived early enough to get good seats, and hoped to meet one of our friends from college who lived in the area. He’d purchased a book, too, but couldn’t get a sitter at the last minute and so couldn’t attend. Bummer. Krystal bought a book of croc strips for him to sign, and we talked about what we wanted in our books. I wanted “Woe to da Tofu Cow” while Krystal wanted “Shut you big fat mouf”. Unfortunately, we were told that, due to the size of the crowd, Stephan would only sign a name and a signature, plus a drawing of Rat. Fine by me, as Rat is my favorite, but Krystal was really hoping for a croc. 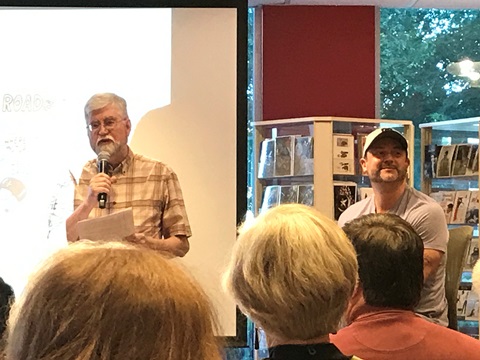 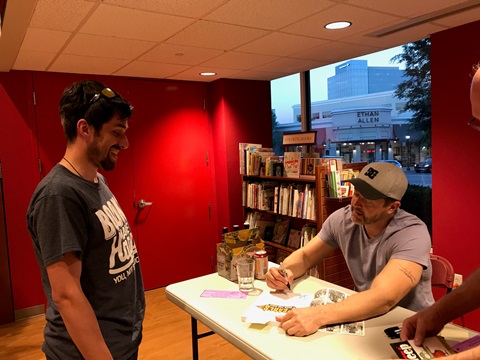 The talk/Q&A was downright hilarious, and then it was time for the singing line. He took the time to talk for a few seconds to each fan, and took longer with the kids. He was great. He told me he was glad my name was easy to spell, and I told him Rat is my spirit animal (minus certain vices), but that I’m really a mix of Goat’s taste in culture with Rat’s view of life. He chuckled.

Then it was Krystal’s turn, and I heard him say,

Oh, I’ve got to do something different for this book.

And he proceeded to draw Larry in Krystal’s book without even being asked. Just look at the pure joy when she realized what was happening: 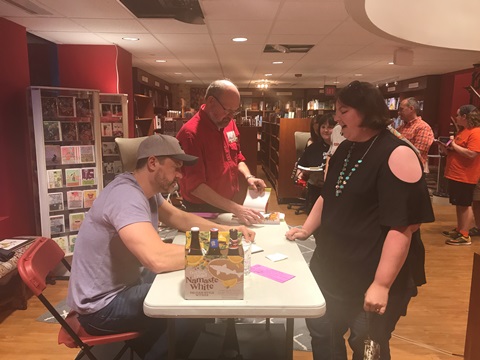 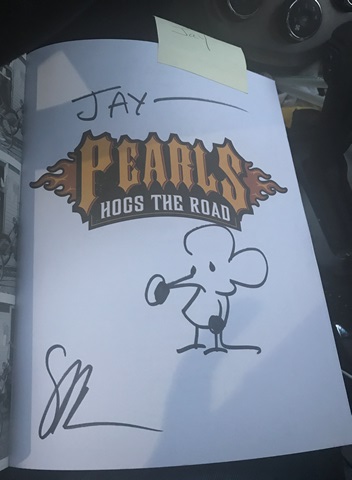 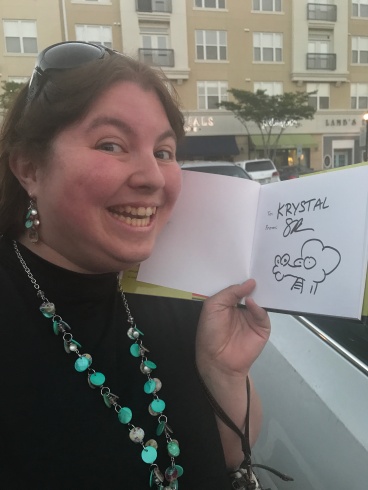 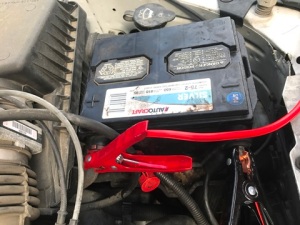 I don’t remember much about Thursday, except that I took my car battery to three different places to have it tested. One said that my battery was good and I’d need a new starter. Two others said I had two much corrosion for just trying to start a car (I’d previously cleaned the terminals myself) and they suspected a bad/damaged battery that’d hold a charge but not actually connect the power to the terminals. One of the guys was helpful, and said that I could by the battery in-store, but if I’d go online and buy it I could use a 20% off coupon and still pick the battery up right there. It was too late to go that route, so I opted to wait one more day.

Friday the yearbooks came in. They look great, and I’m proud of the work the students put into its creation. Yes, there are flaws, but it’s obviously a work of love. That afternoon I picked up my new battery and crossed my fingers. Then I noticed a security alert on my dash. I reset the system, breathed a prayer, and turned the key.

This morning was early for a Saturday as today was our last Cross Country race, and the course was an hour away. Everyone made it on time and we had a good run, though no-one placed. I actually did better than normal, shaving a few seconds off my split time. 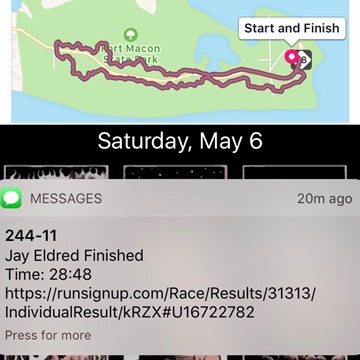 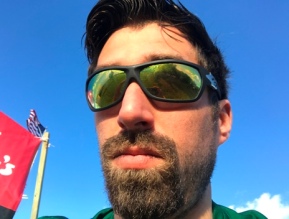 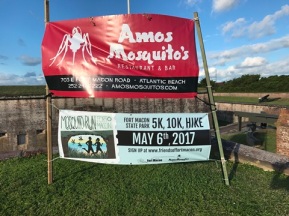 Now I’m home, catching up on my blog feed while Smokey rests in may lap.

How was your week? What are you doing today?