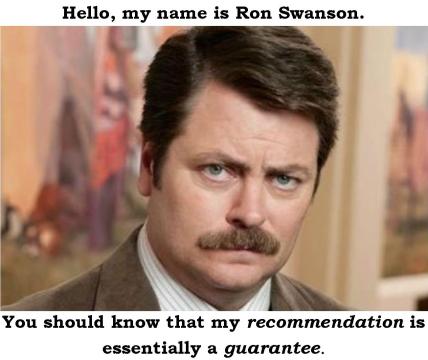 I wish I had Ron Swanson’s confidence.

However, I use neither Army-issued mustache trimmers nor the C.R. Lawrence Fein two inch axe-style scraper oscillating knife blade.

I do, from time to time, use Morton’s Salt.

Normally, this would fall under the “You Should Be Reading” list at the bottom of this page.

However, some things just don’t show up on WordPress. Things like . . .

Shut Up and Take Your Seat

My friend Jon talks about “the radicals of public transportation” in Bellingham, Washington.

The personal blog of down-to-earth and all-around-good-guy (and SF/F writer) John Scalzi.

Yes, I’m giving him a plug even though he told me to stay off the internet forever. 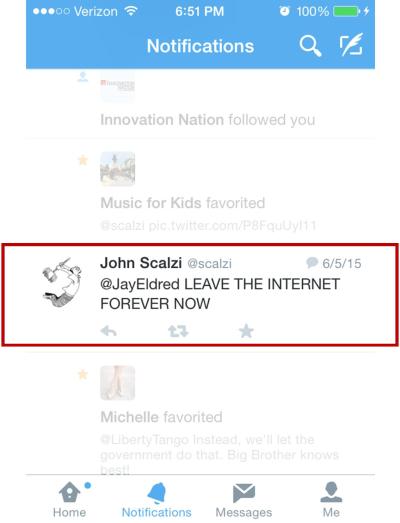 A webcomic of romance, sarcasm, math, and language

Updated every Monday, a philosophy comic about the inevitable anguish of living a brief life in an absurd world. Also jokes.

Stuff You Should Know

They cover pretty much everything under the sun.

Stuff You Missed in History Class

A springboard for further study of little-known (or at least little-taught) history.

Philosophy, Theology, Literature, and Other Things Human Beings Do Well

Not for the intellectually faint of heart.

But the hosts are funny, and they plug Dante.