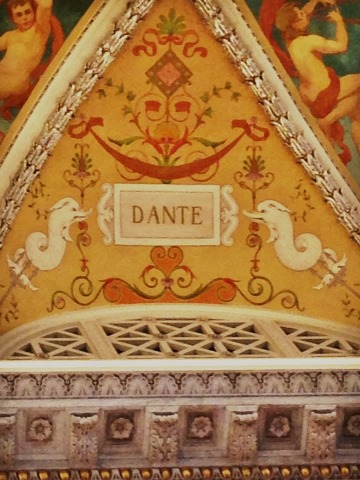 When I’m on vacation, I tend to get up at my normal time of 5:30 – 6:00. I want to enjoy every minute and do as much as possible. I find that not everyone hold this ideology; my cousin Alex especially just wants to sleep til 11:00 or so. However, I also discovered that in visiting Washington, D.C. this is perfectly fine, as one would have start travelling into the city at 5:30 in order to be in line when the museums and such open to the public.

So, after a slow-to-me start and several cups of coffee, we decide to take the Metro into the city. Aunt Rose keeps calling it the subway, but as we were on the outskirts of the city, it reminded me more of the BART system in San Francisco. Even using the Metro, our trip took an hour. Now I understand how my city friends read so much; they spend so much time commuting they need to do something or else die of boredom.

Being as this trip was a gift to me, I got to set the itinerary, within limits (namely, distance and cost). Number 1 on my list: the Library of Congress. As the saying goes:

So many books, so little time.

I even had the perfect outfit to wear:

Library Card Scarf from Out of Print Clothing

Pictures do not do the LoC justice. The place is simply astounding. Even Rose, who’d been to Washington several times but had never visited the Library, was astounded by the art and architecture. Of course, I was on the lookout for the Dante ceiling panel, and I eventually found it. Visiting just after Christmas, we also saw the Great Hall Christmas Tree, which was elegant, indeed. I also picked up a German guide to the Library, because why not? 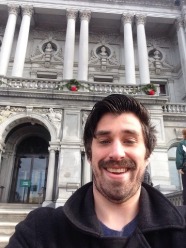 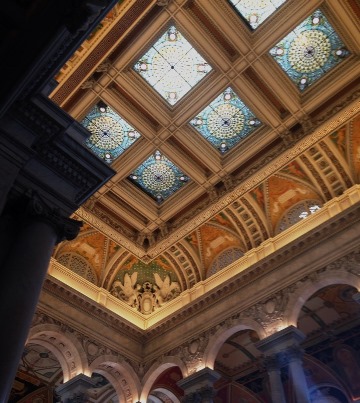 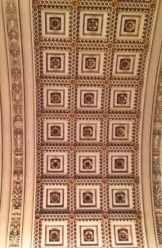 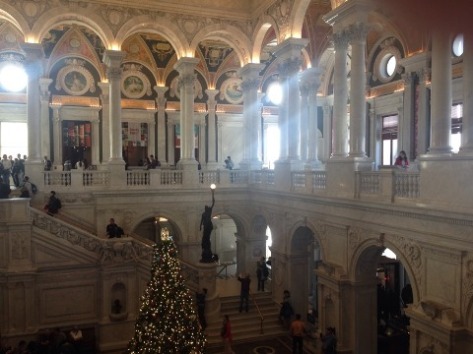 There were several exhibits when we visited, and the very first case I saw after going by the information desk was a Gutenberg Bible. Knowing that 2017 marks the 500th anniversary of the Reformation, I stood in hushed reverence and wept (not for the last time in the Library, either). 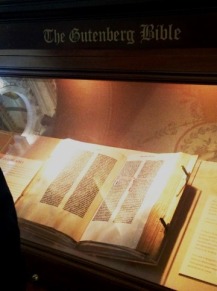 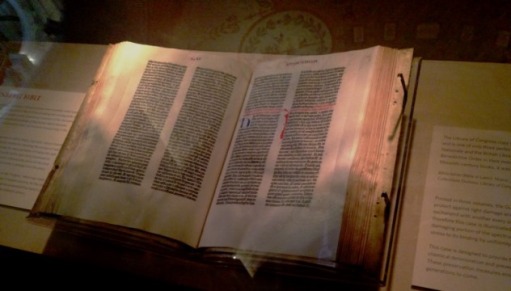 I was quite interested in the maps of early America. I was particularly pleased to see an early railroad map of Pennsylvania. Few people know that the first locomotive in the United States was the Stourbridge Lion, which ran in my hometown of Honesdale. Being a small town, Honesdale rarely appears on most printed maps, but on this map it was clearly visible. 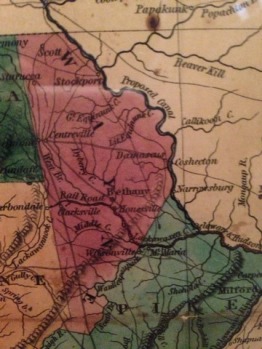 After the Gutenberg Bible, my main interest in visiting the Library was to see the Waldseemüller Map of 1507. This German map is the first known instance of America being called “America.” I entered the Geography Room at the same time as a tour, so I waited until I could be relatively alone with my thoughts. I wept in the Library for the second time.

The Library held two other exhibits of interest to me: important books throughout American history and a display of the original Jefferson Library, the collection that started the Library of Congress. 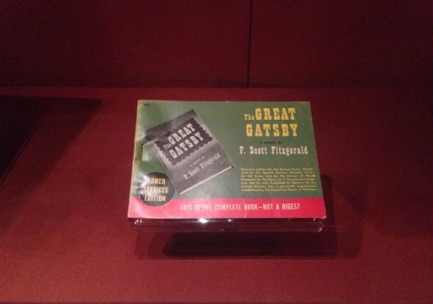 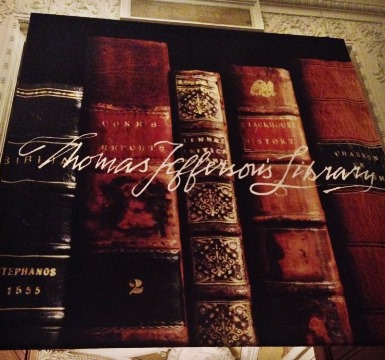 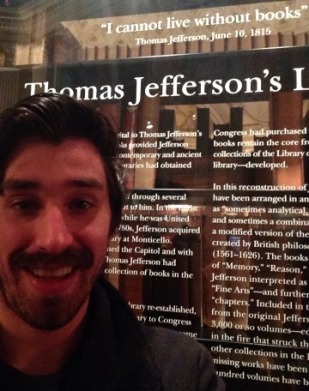 Of course, no visit to the Library would be complete without observing the Main Reading Room.

I exited through the gift shop, picking up a bookmark featuring the Waldseemüller Map. I suppose I could have purchased a book from the Library, but I wanted to make my souvenir budget last as long as possible. Next time I visit the Library I’d like to take the tour and perhaps even get a reading card to enter the reading rooms.

Our next stop was the National Archives to see the Declaration of Independence, the Constitution, and the Bill of Rights. As the Archives are some blocks from the Library, we chose to walk and see several other buildings of note, like the Capitol Building and the Supreme Court. We didn’t go in these buildings as they weren’t high on my list, but I’m certain I’ll visit one day. 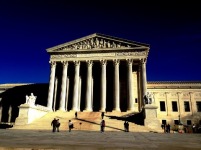 Photography isn’t permitted in the National Archives, and no wonder – the documents are severely faded, almost to the point of being unreadable in some instances. The wait was worth seeing these documents of liberty, and I also enjoyed a bit of local history by finding the signature of Richard Dobbs Spaight, signer of the Constitution from my town of New Bern (and subsequently killed in a duel approximately 20 years later). There was also a 1297 copy of the Magna Carta. My souvenir from the Archives: a pin with a scroll inscribed with “HISTORY”.

After visiting the Archives it was close to 4:30 – not enough time to really see another museum. So, we went to see the Vietnam memorial in the daylight. Uncle Jason consulted his map and tried to get us closer to the memorial via the Metro; unfortunately, the map was wrong. It said our journey would be 700 ft; it was closer to 1.2 miles. On the bright side, it was mostly downhill. The Vietnam Memorial is much more sobering in the light of day, and I was immediately touched by this overheard conversation:

Daddy, how many names are on this wall?

Too many, honey; too many.

Again, I was brought to tears. 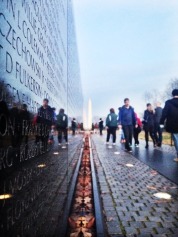 It turns out that Uncle Jason’s shortcut wasn’t much of a shortcut: the Vietnam Memorial was just as far from the Archives stop as from the “shortcut” Metro stop. Since going back the way we came would now be uphill, and the Archives stop flat, we elected to take the flat route. Boarding the Metro, we transferred several times to reach Union Station and eat supper in the food court there. Once more I was impressed by the architecture of DC’s buildings.

By this point we were tired, so we headed back to our lodgings and discussed the next day’s activities, which would start with a trip to the Smithsonian Museum of American History.