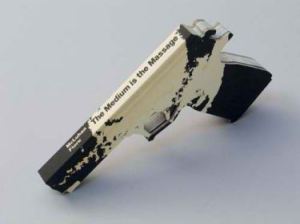 Saturdays here on Running in My Head are what I call “Uncensored Saturdays” in that I write what I really feel about a particular subject with no regard for tact or certain types of political correctness.

You may find what I have to say offensive.

However, I hope they won’t make you feel less of me or cause you to stop reading my blog on the “creative” days.

See something you don’t like, disagree with, or think I’ve got totally wrong?

I consider myself both educated and open-minded. I know why I believe what I do, yet I’m not so stuck-in-the-mud to consider other opinions or the fact I might be wrong.

Ten years ago, I was an authoritarian-leaning Republican; now I’m a centrist independent leaning mainly conservative or libertarian depending on the issue.

That change didn’t come about on its own, it came about because I was willing to listen to others with opposing views.

I’d like to think I still have that open mind.

I only ask you keep the conversation civil.

With that in mind, here we go:

Recently, a friend shared this chart and I saw it on my Facebook news feed:

Based on my own research, the graphic and its caption originated at a page called “Everytown for Gun Safety” and let’s just say they have a knack for avoiding inconvenient truths.

My friend made this statement:

I’m honestly baffled how people who are against reasonable gun restriction laws and tougher background checks can feel the way they do with statistics like this.

While I addressed the issue directly on their feed, I also knew this would make an excellent topic for today’s Uncensored Saturday.

How can I feel the way I do?

Easy: this particular chart and these particular statistics don’t tell the whole story.

First, while it’s obvious that countries with tight gun control have lower gun crime (the countries listed here have largely outlawed gun ownership), the statistic you really want to look at is either total number of murders or overall violent crime. The graphic implies that reducing the number of guns would reduce murder and other violent crime; this reasoning is false. Other countries with tighter gun control than the United States have per-capita rates equal to or higher than the United States – the most notable being Australia, the oft-touted “utopia” of anti-gun advocates.

Second, this chart simply says “gun murders” meaning it also includes murders with guns owned or obtained illegally – guns that shouldn’t be on the street according to gun laws already on the books. Fact: tighter gun control would not have stopped the recent so-called “massacres” in the United States.

I mean no disrespect to any families, but not all killings are massacres. A massacre is the indiscriminate and wanton killing of a large number of people. While what constitutes as “large” is up for debate, I personally would not classify the recent tragedies in America as massacres. The Holocaust was a massacre. The Russian pogroms were massacres. However, I realize that hyperbole is an American tradition; after all, it was Paul Revere (yes, that Paul Revere) who stirred up anti-Crown colonial sentiment over the Boston Massacre in which five colonists were killed. In fact, you might recognize his work:

Back to the Topic at Hand

Many of the guns used in most of the recent killings were purchased at gun stores – not online or at gun shows – while others were stolen from their rightful owners (such as Sandy Hook). As gun stores already run background checks, increased background checks would not have stopped the murders.

Ultimately, criminals will be criminals; deprived of guns, they will carry out their schemes via other methods. See Point One.

Third, I have to balance safety with freedom. TL;DR: I don’t trust government as a whole. I believe the purpose of the second amendment is for the citizens to defend themselves from a tyranny, and a disarmed populace has no final recourse.

Finally, one can make numbers say anything they want. There’s a saying that numbers don’t lie; I counter that the people using numbers do.

I don’t mean to come across as mean, belligerent, or otherwise hostile. I feel the question asked deserves an honest answer – something more than “America!” or “The Constitution!” or other sound bites people like to spout off.

I respect the opinions of others – so long as they’re informed. We can’t make the country work if we’re ignorant of opposing views and treat them with hostility and not the respect and care we expect ourselves.